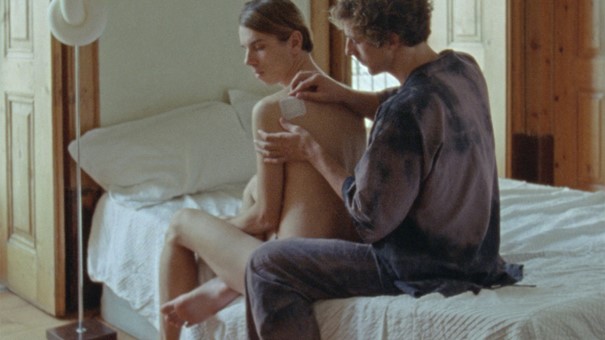 The filmmakers each won a prize worth €5,000. The jury consisted of Tim Leyendekker, Nduka Mntambo and Rieke Vos.

Due to Covid-19, IFFR 2022 had to be moved online in smaller form. Competition films were only available to press and industry. From 14 to 16 October 2022, IFFR will screen all competition films in cinemas, including the sixteen selected for the Ammodo Tiger Short Competition.

Becoming Male in the Middle Ages, Pedro Neves Marques, 2022, Portugal
Jury report: “A film that stands out for its beautiful cinematography, its well-crafted characters and remarkably crisp dialogues. It introduces a conversation on gender, sex and the choice of reproduction that is both timely, controversial and thought-provoking. A film that is an excellent collision between classical narrative cinema and fine arts.”

Nazarbazi, Maryam Tafakory, 2022, Iran
Jury report: “An exceptionally skillful film, through the way it translates rigorous research into a convincing dramaturgical experience. The filmmaker managed to capture an argument into a piece of poetry – a seamless collage crafted with directorial intelligence and a seemingly effortless fluidity in both text and image. A film that seductively interrogates responses to censorship and suppression.”

Nosferasta: First Bite, Bayley Sweitzer/Adam Khalil, 2021, Verenigde Staten
Jury report: “A film that bends our discursive awareness and challenges our analysis with regards to western colonial history, in a way that is original, humorous and inventive. The deliberate political intentions of the filmmakers result in a conceptual agility that is joyful, disrupting, generous and attractive. A film that is both an indictment and a comedy.”