about his artistic practice, quarantine and the documentary Displaced Pieces 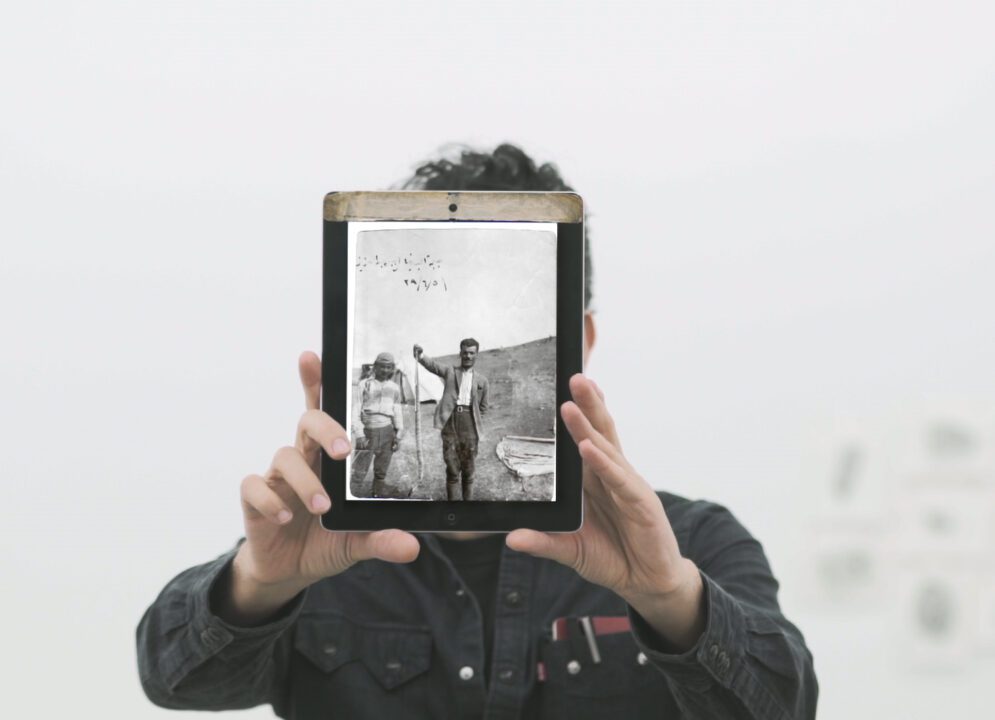 Ammodo initiated a documentary about the artist Rayyane Tabet, who’s work is currently being exhibited at the Metropolitan Museum of Art (The Met) in New York. The film Displaced Pieces – A Spy Story delves into the past of this internationally renowned artist, who’s great-grandfather was working on a secret mission early last century. He was closely involved in the spectacular excavations of Tell Halaf (the famous palace in Syria from 6000 BC). For a while he spied for the government in Beirut. Working at the intersection of storytelling, sculpture and architecture, Rayyane Tabet takes this extraordinary story to the 21st century. Director Catherine van Campen follows Tabet in building a large work of art on this history of archeology and espionage.

We interviewed Rayyane about his work, the documentary and the current situation.

Where are you at this moment? How are you experiencing the lockdown, being forced to stay in one place whereas you normally live a more nomadic life?

Today is April 13, 2020, the beginning of the 5th week of shelter in place here in San Francisco.
I am reading a lot and taking it one day at a time.

How would you describe your artistic practice? What is driving you as an artist?

Drawing from experience and self-directed research, I explore stories that offer an alternative understanding of major socio-political events through individual narratives. Informed by my training in architecture and sculpture, my work investigates paradoxes in the built environment and its history by way of installations that reconstitute the perception of physical and temporal distance.

Can you elaborate a bit more on the project(s) you have been working on lately?

For the last three years, I have been working on a project that centers on Max von Oppenheim’s archeological dig that took place in Northeast Syria at the turn of the 20th century. In 1929 my great-grandfather was appointed by the governing authorities of the French Mandate stationed in Beirut as von Oppenheim’s secretary to gather information on the excavations the latter conducted in the village of Tell Halaf in Syria. This encounter lead me to uncover a story that connects my family to major historical figures. Through it, I raise questions on the survival of heirlooms, the preservation of archeological artifacts, cultural appropriation, museological practices, and migration patterns.

Did the documentary influence your practice (during or after the filming process)? Did it give you new possibilities, views or insights into your own work and practice?

I have learned to be less controlling, which I am not sure is a good thing.

What are you hoping people will learn from the documentary?

That personal narratives have the potential to change the course and writing of history.

What are your plans for the future?

I am currently in the preliminary phases of research for upcoming projects that range from the establishment of the biggest IBM manufacturing plant in Minnesota to the rise change of tax laws following the Great Depression.

How do you see the future of the traveling artist in these strange times we are finding ourselves in?

I think artists can work under any circumstances, I am more concerned about people whose livelihood depends on mobility.