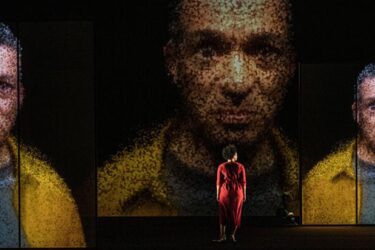 What if eternal life were possible by the simple procedure of uploading your mind to the cloud? What would that mean for your humanity, your identity and your relationships with others? In the film version of his newest opera Upload, which will have its Dutch premiere online via Medici TV on 16 July, Michel van der Aa deals with these questions. The opera film will be available from 16 July until 27 August and can only be viewed in the Netherlands. Furthermore the theatre version of Upload will also be performed at Dutch National Opera next October.